I bought these rules recently and read through them once. I have two standing armies (Vikings and Anglo-Saxons). Each army is 25mm and over 100 figures each. Since they are all single based I need to make some sabot bases for them so I can play ADLG. I am researching what is the best (expense and time) method to do these since I will need about 40 bases of 80x40. These will be two smaller armies, less than 150 points each in ADLG terms. Not sure how much I want to add to them for ADLG. My main purpose for getting ADLG is to build two HYW armies in 15mm. I was not that hot on FOG so I wanted to try ADLG. I am open to trying other rules too and it seems like a never ending saga (no pun intended) to find what I like in ancient and medieval rules. 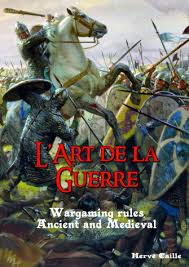 Here is my Viking army laid out on a draft formation for what I have based on 3 corps for ADLG rules. 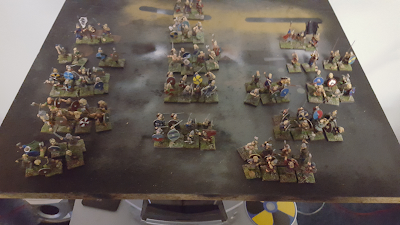 And bellow are the Anglo-Saxon's I have to work with. 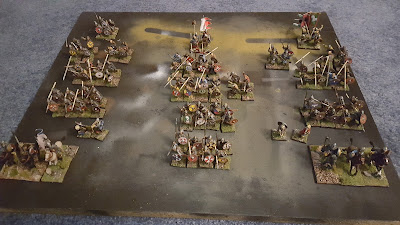 Just finished these 3 M10 Wolverine tank destroyers. Nothing spectacular and the picture is not great but they are done. Models are Command Decision 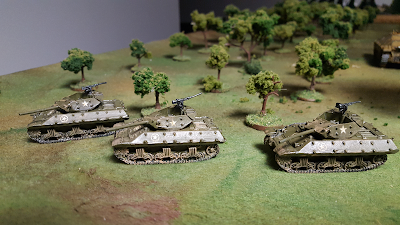