Almost a Year has gone by..

since I posted last. I won't bore you with the usual details about life getting in the way. Fact is I have been a lazy blogger, but busy in life. I did however, get some stuff done. I  started my FIW 18mm figures for Sharp Practice with enough Native Americans to last a lifetime. I completed a couple leaders for both the English and the French, and I will post those pics soon. I have finished  my WWII German Grenadier company and from the pics below you can see some of the Blue Moon FIW figures I've started. I am on the tail end of my US Airborne Company too. 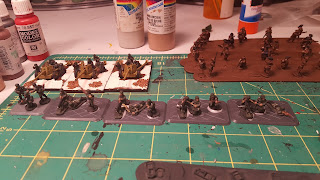 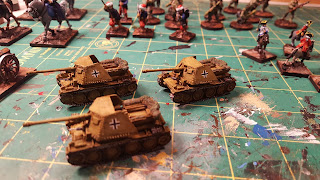 I also got in a few games in with my son while he was home on college break. Its nice to have a fellow wargamer in the house. Unfortunately he is as OCD as I am! He does opposite eras than I do so its really nice to have a variety of games to be able to play at anytime. Here is a game of  Fistful of Lead we recently played. 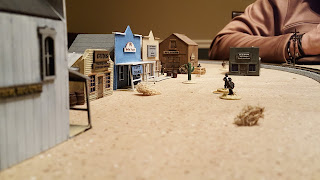 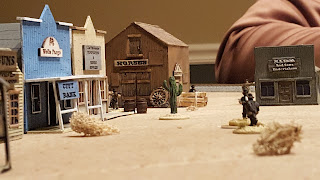 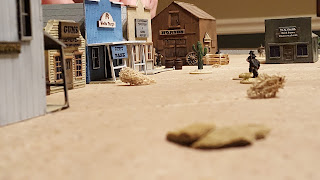